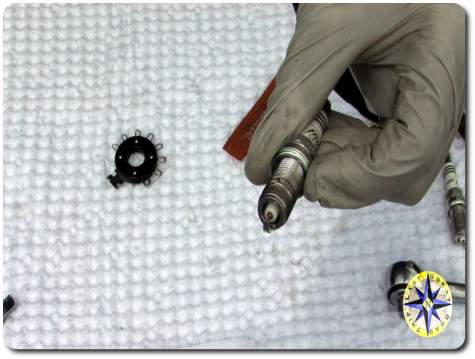 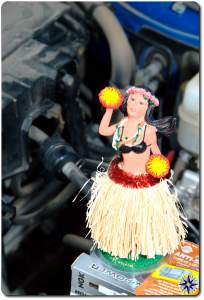 When I was young, I learned to wrench on a Baja Bug.  That little VW bug was all I had to get to work and school but I really wanted to build it for bombing down old logging roads. I would tear it apart Friday night and then work like hell to get it all back together by Monday morning. Soon I got cocky and figured I could go out partying Friday and Saturday night then do an oil change or swap out shocks on Sunday. After all, it only takes a couple of hours and what could go wrong!

Inevitably on Sunday night after all the parts stores were closed and the local VW shop guys were long gone… I would unexpectedly break something (as opposed to expectedly braking something)… Shear off one of the bolts that holds the oil cover to the bottom of the engine block or rip the gasket for the oil cooler or loose one of the four bolts that holds the engine to the transmission (all true stories).

The great thing about VW Baja Bugs is that you can hold them together with duct tape and bailing wire for a couple of days until you get the part you need… and almost anything can be fixed for very little cash. But after any number of these little episodes I came up with one simple cardinal rule… Never wrench on a Sunday! Start on Friday or Saturday and only plan to work on the stuff that can be completed by the end of the day Saturday… Even if that is midnight… Plan on finishing before Sunday. The simple reason for this rule is that if something goes wrong I have Sunday to fix it.

This last Sunday I decided to change the spark plugs.  Saturday had been a good day wrenching, re-installing our HID flood lights, changing the cabin air filter and rotating tires. I had purchased spark plugs but Hula Betty suggested dining out, so I called it a day before getting to the spark plugs.

I’ve performed a spark plug change a number of times without ever having a problem… Even worked up a spark plug video to help others.

Sometime around noon on Sunday I rolled out the tools, set the radio on loud, grabbed a soda and popped the hood.  The plugs seemed to be gapped correctly out of the box (I may have missed a plug or two…) The ignition coils all looked good and everything went back together just like it is supposed too. Everything was going fine. I was even taking breaks to do a little clean up of the garage, rearranging where the recovery is stored and repacking camping gear so we’d be ready for the next outing… I was having a regular A.D.D day… Everything was going fine… Until I took it for a test drive…

After getting the rig on the road and opening it up… The rig sputtered and lugged when it hit the hills. It was lurching as if not all the plugs were firing or the timing was off and for a moment the dashboard Christmas tree lights started flashing. This was not good and now it’s 6:00 pm, dark, starting to rain and the engine is warm (you change plugs on a cold engine). I checked to see if all the vacuum hoses had been re-connected, tugged on the ignition coil wire harness and looked for anything dangling… nothing obvious.  Now the parts stores are closed and I have no way to get to work until I get the rig back up and running.

Monday, I grabbed Hula Betty’s car and picked up another set of plugs. Pulled out all the tools, double, triple and quadruple checked the gap, applied anti-seize and dabbed on a little dielectric grease to the coil boots. Then as I changed out the plugs… I looked at each plug as it came out to see if there were any noticeable things I’d missed the first time. I checked their gap and looked for damage. Putting in the new plugs I followed the same process of torquing down to spec. and listening for the click as the wire harness engaged. And when it came time to test everything with a drive around the block…. dramatic pause goes here to build a suspense… the engine ran like a champ! Climbing the hills was easy and the rig maintained smooth even acceleration through the power band.

So what happened… I don’t know… but most likely the gaps were off a bit, or one of the ignition coil’s wire harness had not quit engaged or their was just a bad plug.  Any of which I could have easily dealt with on Sunday had I run into the issue Saturday night. Instead  I wrenched on Sunday, braking my cardinal rule and cost me Monday’s wages.  But it did feel good to get it right… even if it was on the second try.