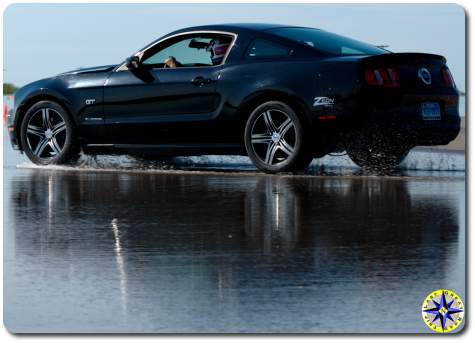 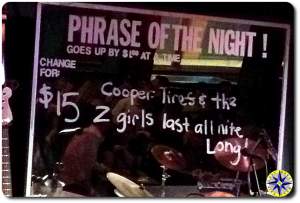 It all started with an email… “Cooper Tire, one of the top tire manufacturers in the country is interested in your blog”, the note went on to say, “We are sending an exclusive online community to an event coming up, called Ride-N-Drive… We would love to see you fit this into your adventures!”

We may be a lot of things but part of an “exclusive online community” is not usually what rolls off the tongue when describing our collections of road trips and off-road adventures. Midlife crisis gets thrown around more often than not. But before we knew it, emails were exchanged, flights books, rooms arranged and carry-on packed. 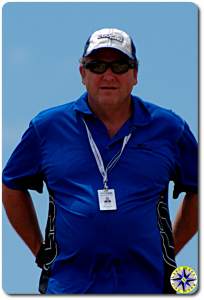 The Ride-N-Drive event is designed to allow the media to test Cooper Tire’s DISCOVERER AT3 and S/T MAXX for themselves under all sorts of conditions. This is also an opportunity to learn about what goes into developing a rugged, go anywhere tire and how engineers test their new products before they ever go into production.

San Antonio, Texas, is where they host Ride-N-Drive. A short drive from Cooper Tire’s proving grounds located in Pearsall, Texas. In order to test all the conditions that a tire faces, the facility includes a 2 mile oval track, a 1.3 mile dry handling circuit, a 14 acre wet vehicle dynamics area and an off-road course spread around the 1,000 acre grounds. 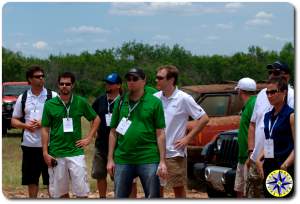 Tire companies have a problem, their products are absolutely necessary in our daily lives and for most of us they are a grudge purchase. Think about it… When was the last time you said to yourself… “I can’t wait to spend money on new tires”. So a lot of them try hard to sell you on an image of trophy trucks screaming through Baja and smoking hot girls wearing nothing more than a logo and a smile (political correctness takes a holiday). Not that there is anything wrong with hot chicks and trophy trucks, but for us tires are more important than that… Which is why we want to share what went on behind the scenes at Ride-N-Drive so you can see what makes Cooper Tire a unique company and why this was experience unforgettable.

Cooper Tire thinks differently about their tires and their customers. They understand that they make tires for people, not cars. People with families who drive to school plays, soccer games and family reunions. People who want to explore the back roads and not stop when the asphalt ends. They understand that their tires can get you there, but its your life that drives you to explore. But a company is more then its marketing and each of the folks we met from Cooper’s (and we met a bunch) seemed to genuinely embody the idea that life is a road trip.

It takes a lot of confidence in your product to invite folks to try your tires under harsh conditions and then tell everyone openly what they think.  All of the Cooper Tire folks were eager to turn over the keys and let us decide for ourselves.

I was first up to ride along for a couple of hot laps with Johnny Unser on the circuit track. For those who don’t follow racing, Johnny is the real deal… Johnny has raced the IndyCar series, won the 12 hours of Sebring, competed in the 24 hours of Daytona eight times and finished second in the 24 hours of Le Mans. Our personal favorite are his three wins in the grueling ALCAN 5000 mile rally.  These days, he spends time working with Cooper Tire engineers, testing and providing feedback on tire designs. 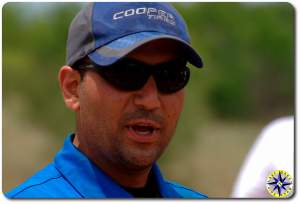 Put a Ford Mustang in the hands of a professional race car driver and he can do some amazing things with it… Johnny had the car flying down the straight away, snaking through S-curves and getting its drift on around tight corners. Bouncing around in the passenger seat, grinning ear to ear as the orange cones blurred… this was a “closed course professional driver” ride of a lifetime for me.

Yes we drove the Baja 1000 course in our rig, but we barely broke a sweat compared to what Cooper Tire had in store for us next. Their proving grounds is filled with different off-road terrain zones designed to see how tires handle in and transition from sand to loose rock to hard pan and back again. I climbed into the Baja pre-runner with Ali Aljibouri, Cooper Tire’s professional test driver and took off for the dirt. Ali worked the skinny peddle like he meant it and in no time the pre-runner was up to 100+ mph, giving us a real Baja race experience. Three miles of dirt, sand and rock were over as quickly as it began but the adrenaline rush lasted for hours. 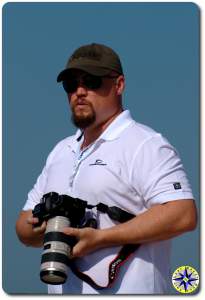 Throughout the event, safety was a prime concern.  Everyone checked to ensure safety belts were buckled, helmets fit and that we kept hydrated.  Tires are the only part of a vehicle that is in contact with the road and with 8,000 some pounds rolling down the highway, safety needs to be top of mind when engineers are designing new tread patterns and selecting silica compounds that can increase gas mileage, last longer and improve handling.  The focus on safety reminded me how often I take for granted that off-road adventures do come with danger and it is good to know that Cooper Tire people think about it everyday.

The event included evening activities and dinner at a couple of very nice steakhouses (remember this is Texas). Growing up, I spent countless time with Motor Trend and poured through Auto Trader looking for cars. The Overland Journal was a big inspiration on our first Arctic adventure. Now, I am hanging out with Scott Brady, Brian “Woody” Swearingen and writers from dozens of publications and on-line properties such as IH8MUD, Gunaxin and Today I Found Out. I get that they put their pants on one leg at a time but there is something humbling about breaking bread with the guys who inspired me to step out and explore. 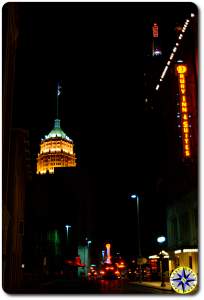 It’s midnight and hot out.  Looking over the balcony to the street seven floors below, I feel the urge to explore. The lobby is empty and the valet post abandon as I stepped out onto the street and began wandering downtown San Antonio armed with my camera and a curiosity for anything new. The river walk is a network of walkways along the banks of the San Antonio River, a story beneath the downtown streets. Lined with bars, shops and restaurants the river walk provides an opportunity to stroll the night away when you’re still on pacific time.

I could hear hip-hop, the blues and dubstep seeping from the bars along the way. On a Tuesday night, most of the patrons look to be from somewhere else as they make a final sweep of the bar stools, before spilling out and heading back to their hotel. Travel, bars and hotels…  what a combination.

Street musicians play for any number of reasons…  but after midnight they play for themselves.  A doorway becomes an amphitheater for a  saxophone slowly wailing into the dark.  The bus stop bench serves as a shrine for an old guitar plucker as his raspy voice tells the story of the woman who broke his heart, sold his truck and shot his dog….  Just another Texas love song. 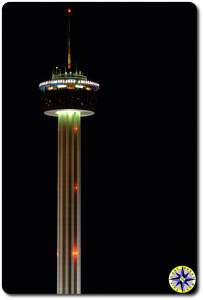 As Chris in the morning once said “it’s not the thing you fling but the fling itself” and it is not what you find but that you go out looking.  I walked around the Alamo, gazed up at  the Tower of the Americas (San Antonio’s version of the space needle), watched old glory fly above and listened to conversations of strangers as they strolled by. The 6:00 am wake-up call would be coming way too soon but in this moment of a quiet walk on a hot dark night, exploring was exactly what I needed.

It takes a lot of planning to put together Ride-N-Drive. The Zimmerman Agency was responsible for event coordination, logistics and making sure we all stayed hydrated in the Texas heat. The Z-Girls, as they liked to call themselves, were a half dozen smart, professional young women who kept us on task and the schedule moving comfortably along. In a word they looked out of us. Sure it’s their job but they went beyond. They were organized and ready before we dragged ourselves down to the lobby at the crack of dawn and than up late with last minute planning the next day’s activities.  The Z-Girls brought their own brand of fun to the event making it as much about new friends as it was about tires. 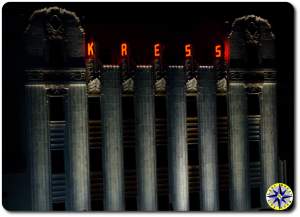 Remember the Alamo… (That is not rhetorical) Men gave it their all, literally, for what they believed in. We found this same spirit in everyone we met from Cooper Tire and Zimmerman. They made Ride-N-Drive an great experience for us and one more adventure. Mental note to self… Got to start using better media terms now that we are part of the club… But we’re still not going to wear long pants.