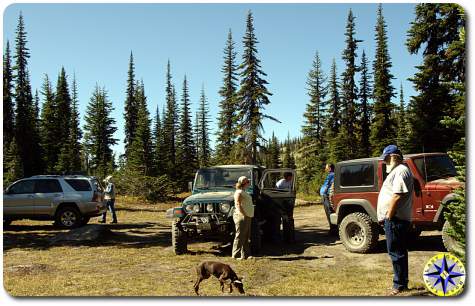 Today is the TENTH anniversary of Backroad Drivers Northwest, a decade of discussing, driving and reporting on all kinds of back roads throughout the Pacific Northwest. Led by Jerry they have taken folks on tours of the northwest, exploring the roads less traveled across the Northwest.

This birthday also signifies the changing of the guard. Jerry has recently announced he is handing over the reigns to Steve from Parkland, Washington as the new owner/moderator of Backroad Drivers. Steve is an active back road and overland adventurer as well as the owner/operator of the PNW Backroad Adventures Forum.

So Happy Anniversary and best of luck to Steve. I know we all look forward to an other ten years of exploring pacific northwest back roads.

One thought on “Changing Of The Backroad Drivers Guard”