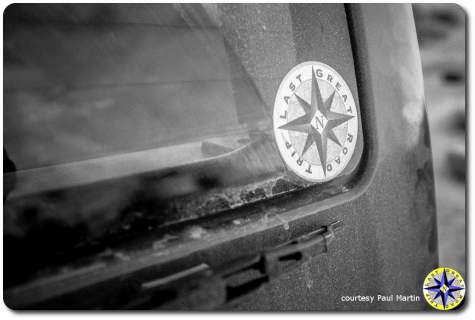 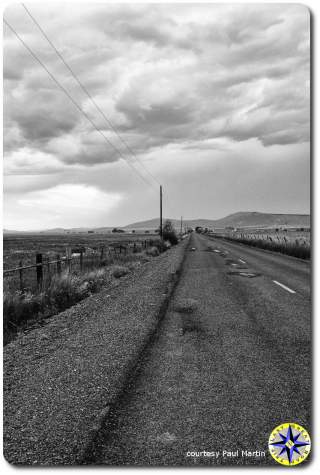 Back in July 2012, I (Other Paul) took a ten-day off-road adventure through the Utah Backcountry Discovery Route (UTBDR) with my friend Paul (LGRT) and (then) new friend Brad.  (Paul and Brad had gone to college together and yet somehow remained friends. This is perhaps more surprising given that the two had shared a vehicle the previous year retracing the route of a recent Baja 1000.  Another of their collegiate friends, it turns out, is married to a woman who, at the time of the UTBDR off-road adventure, was my manager at work, which made for some interesting conversations in the office — and on the trail.  But I digress. Paul and Brad later rejoined forces in 2013 for the 25th-annual TLCA Rubithon on California’s famed Rubicon Trail. Against many odds — or perhaps because of them — they remain friends.)

Paul was driving his well-equipped, smurf-blue FJ Cruiser (a.k.a. the Blue Bunny), with Brad doing his herculean best as navigator to keep Paul on route. (By ‘well-equipped’ I mean that in addition to the usual camping, recovery and field repair kit, Paul’s rig was stuffed to the gills with video, photo and computer gear, leaving Brad the space nearly the size of a small shaving kit in which to stow his things.) For myself, I spent the better part of two weeks sucking FJ Cruiser dust in an old 1995 Rover Defender 90, with an occasional intermission courtesy of the rain or sleet or hail that found its way under the 90’s surrey top.

The trip itself is extensively chronicled through the Utah Backcountry Discovery Route off-road adventure.  One of my assignments on the off-road adventure was determining where to make camp each night. This was a job at which I fared poorly. Fortunately, there was plenty of dispersed camping along the nearly 900-mile route, which we ran “backwards”, north to south, departing from Bear Lake at the Idaho/Utah border. I had set another goal for myself, however: to make friends with a new camera, the wonderful (and sometimes maddening) fixed-lens Fuji x100. Some of the results of those halting first efforts appear below. No doubt I would do many things differently now, but shooting with the x100 isn’t one of them. And although I’ve recently sold it, the x100 (now in its third iteration) is perhaps my favorite digital camera. 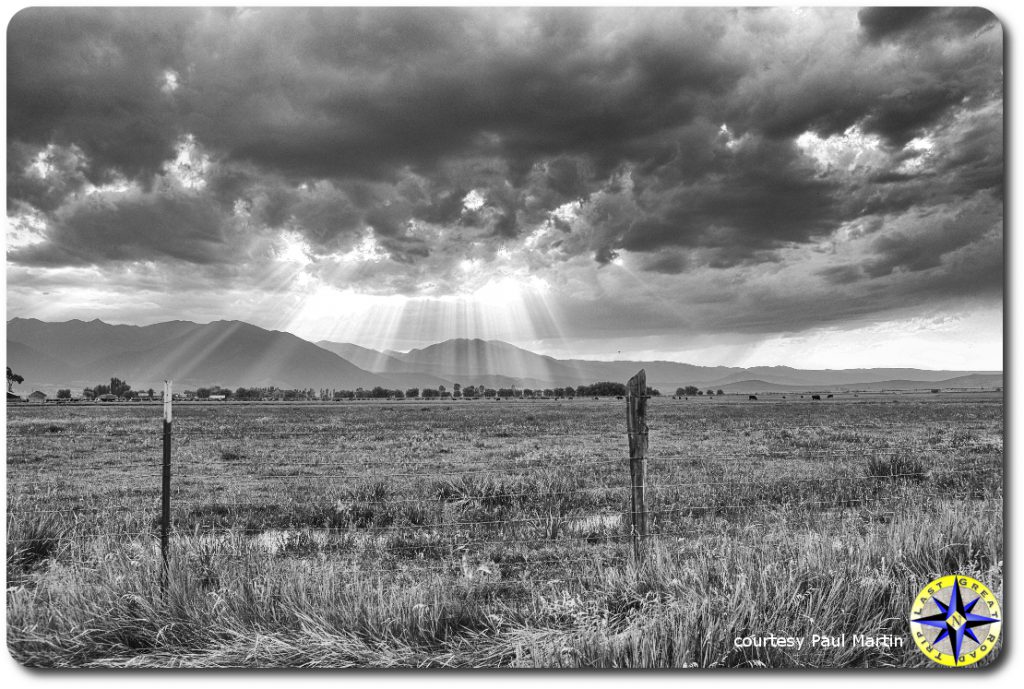 The promise of good weather to come. 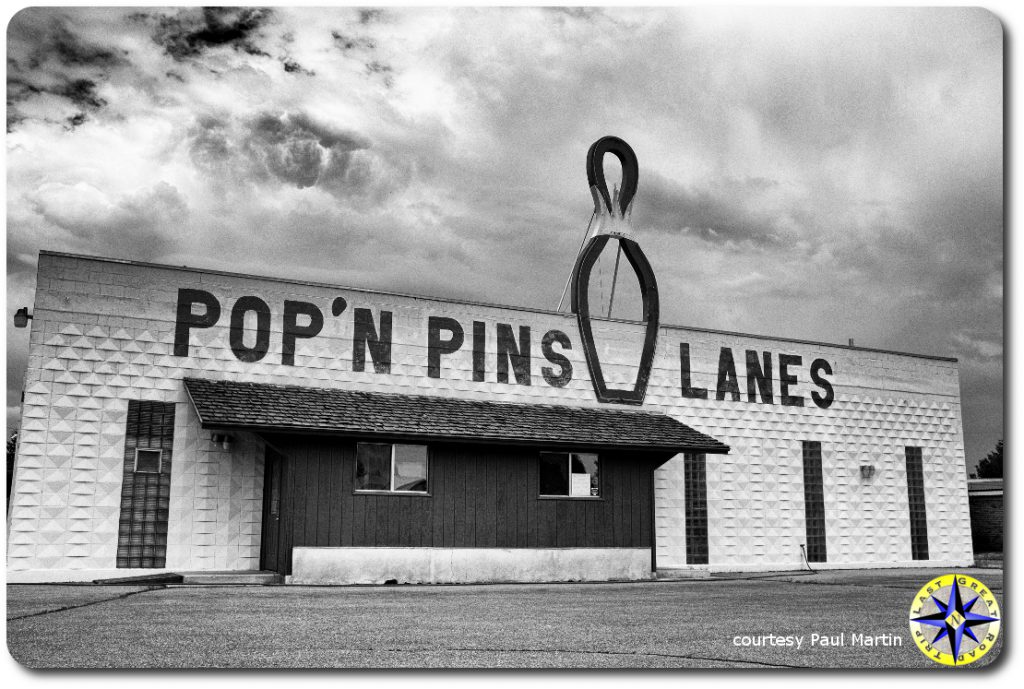 My route to Bear Lake to meetup with Paul and Brad went through Preston, ID, in which the film Napolean Dynamite was both set and filmed. Preston is home to the Cuttin Curral (Napolean: “I already get my hair cut at the Cuttin Curral”) and the Pop’n Pins Lanes. 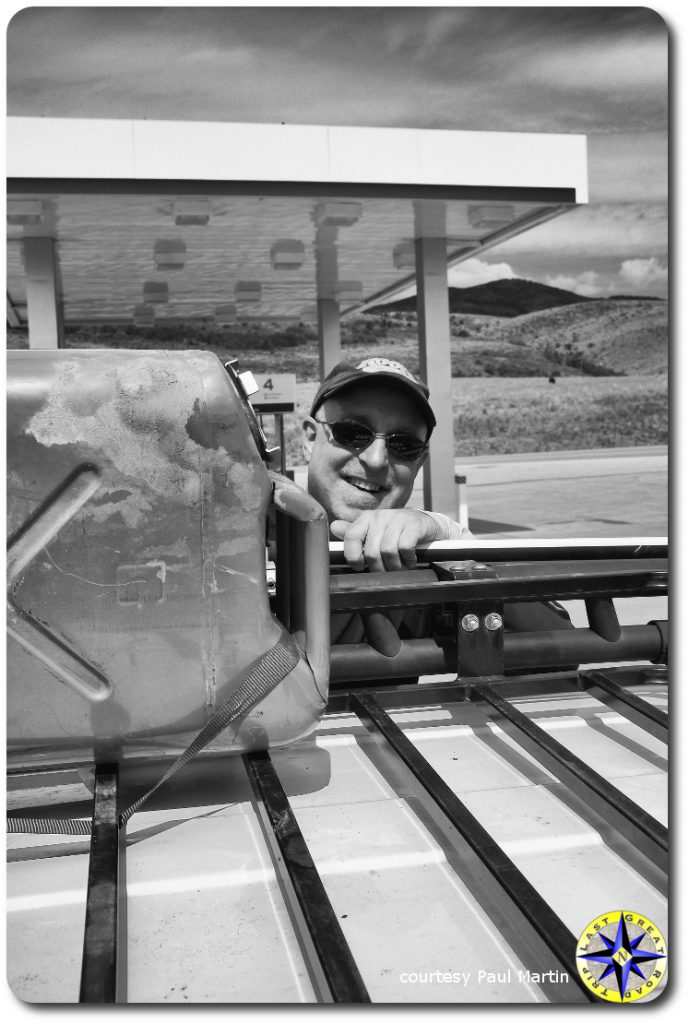 Fueling up in Bear Lake. Somehow distracted, I left the fill cap to the D90 on top of a pump, which I didn’t discover until after we finished the first leg. Fortunately, the Rover part for the NAS 90 is a rebranded Stant cap, which made replacement a snap. 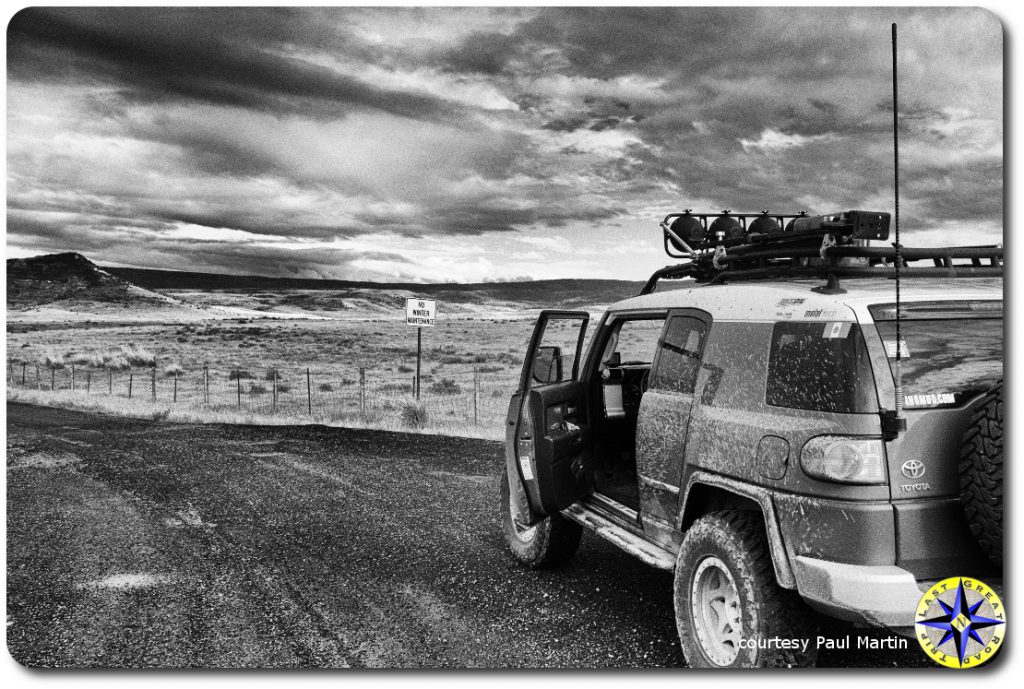 No winter maintenance. Just into Utah on the north end of the UTBDR. 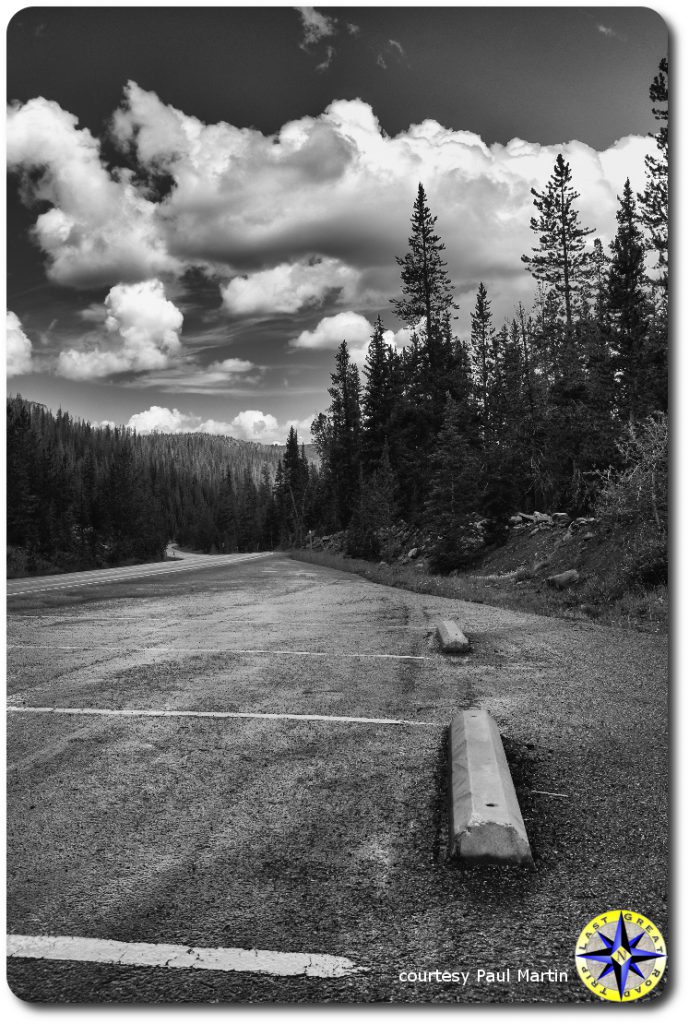 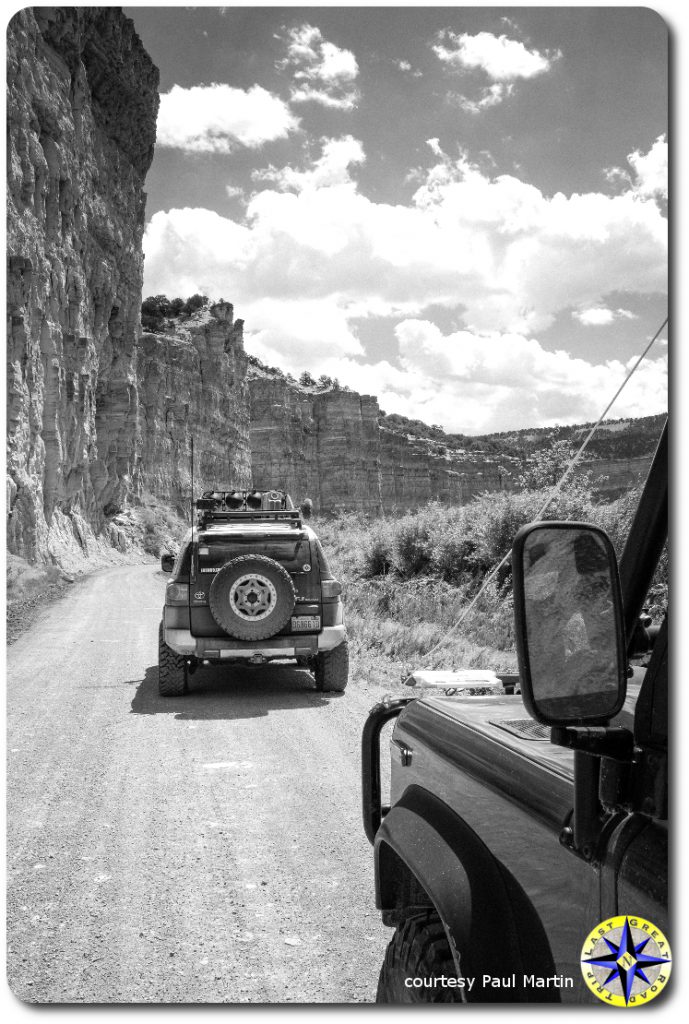 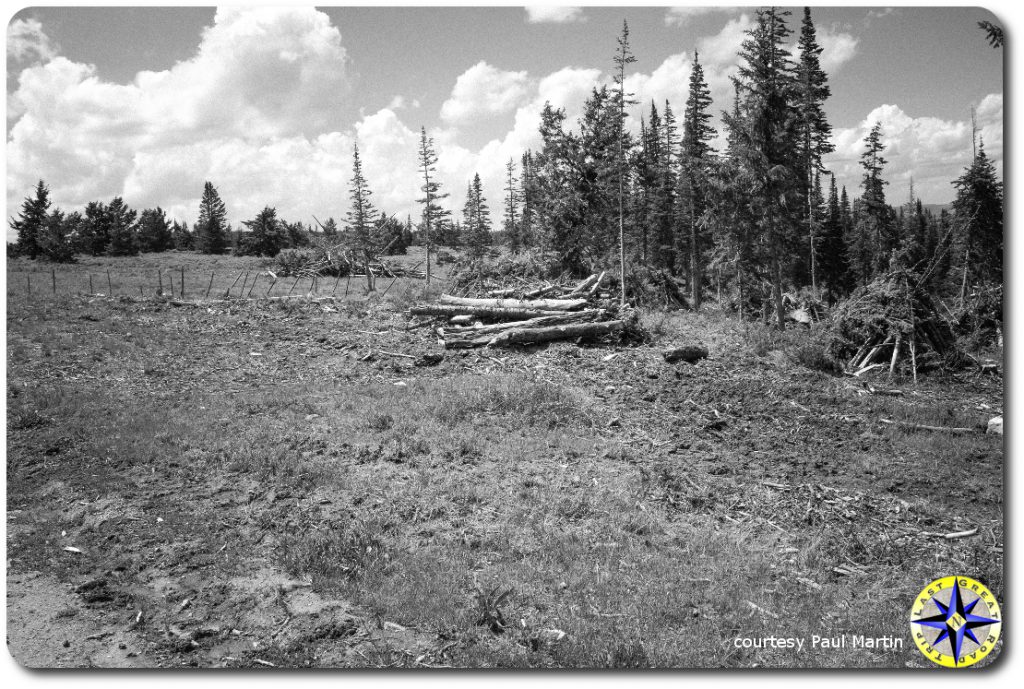 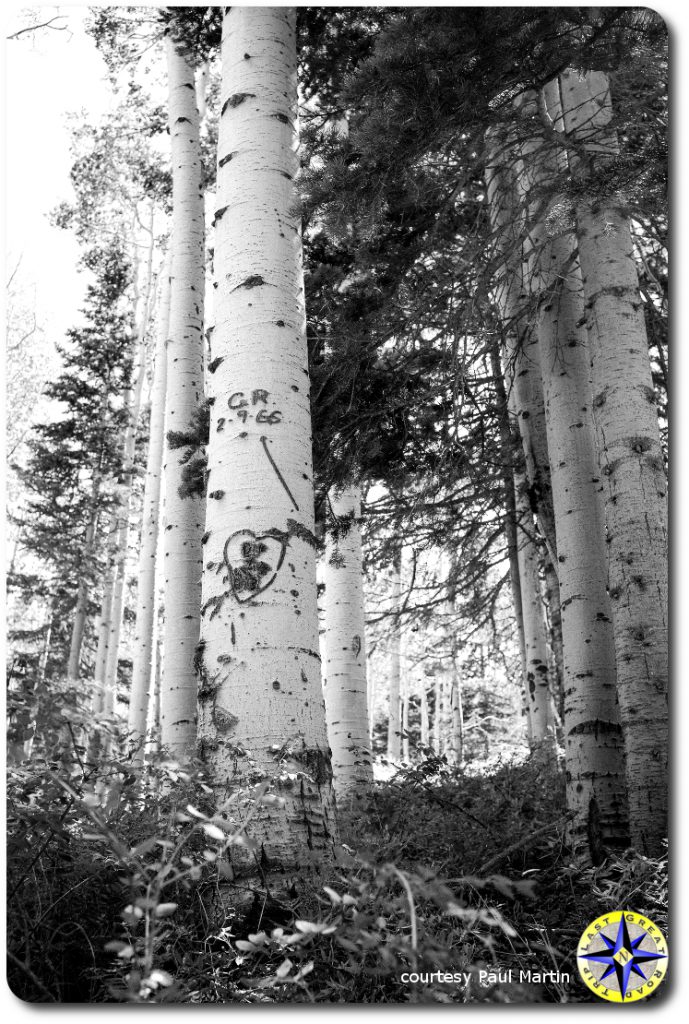 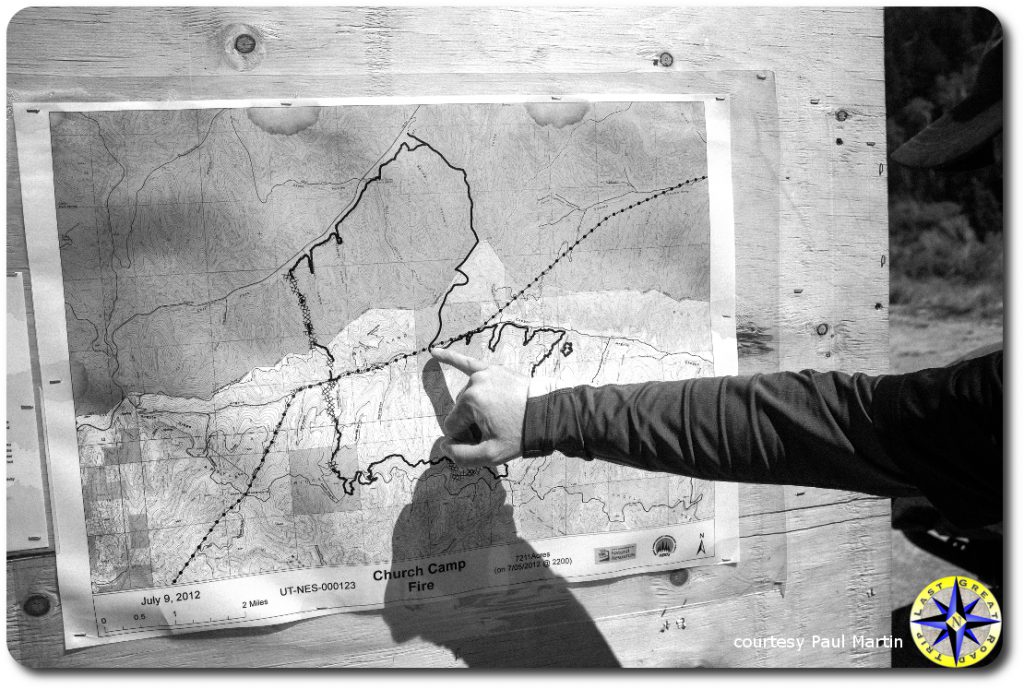 On Argyle Canyon Road, skirting along one edge of the Church Camp Fire, shortly after the area was reopened. 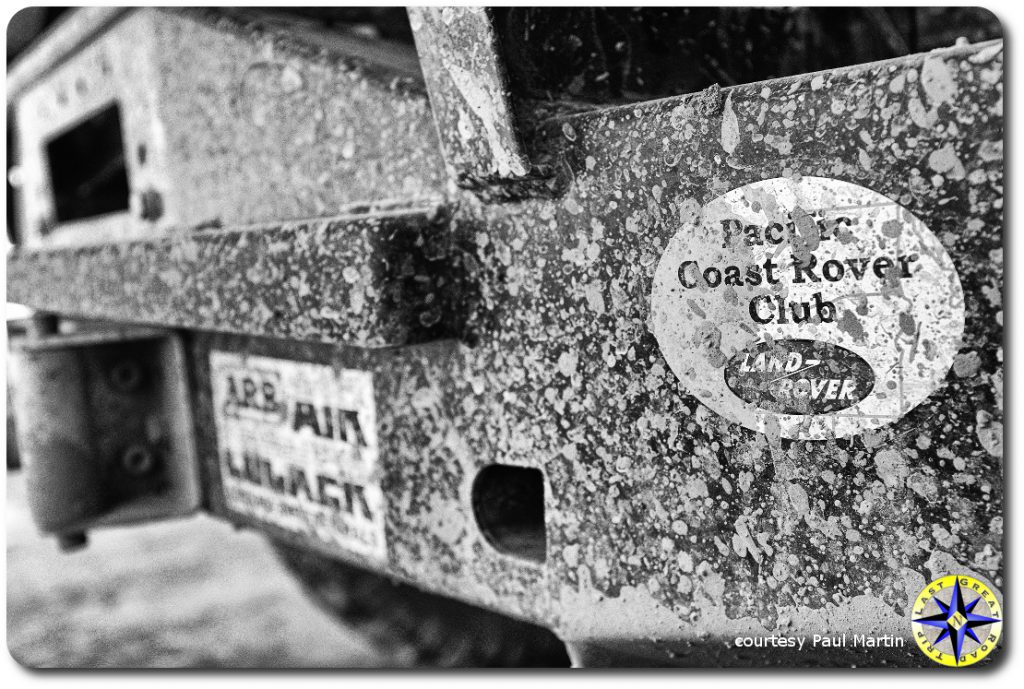 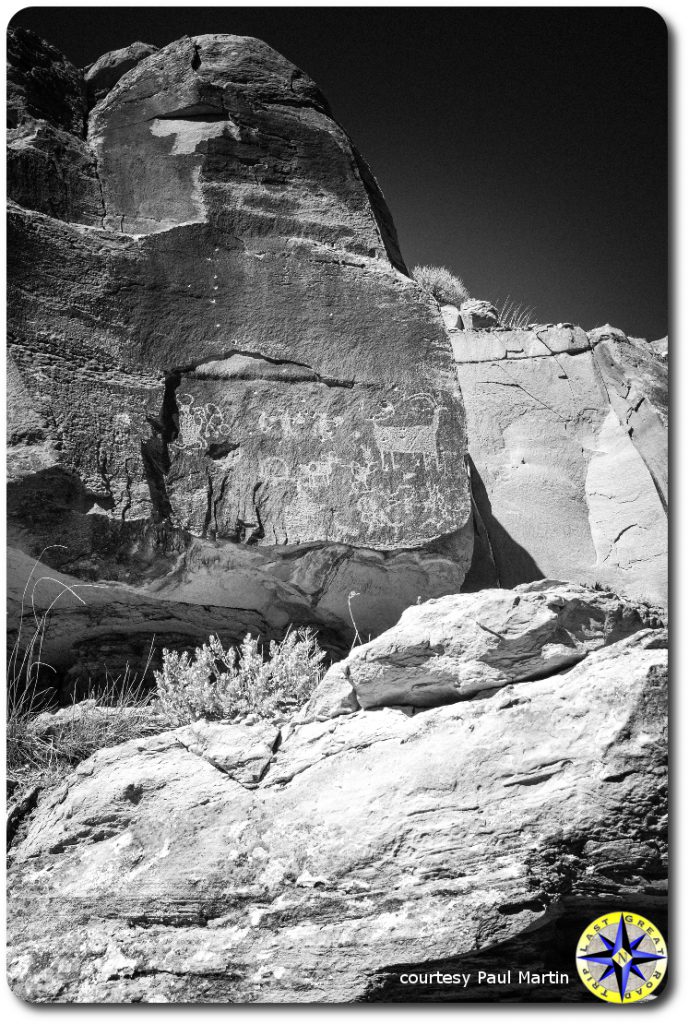 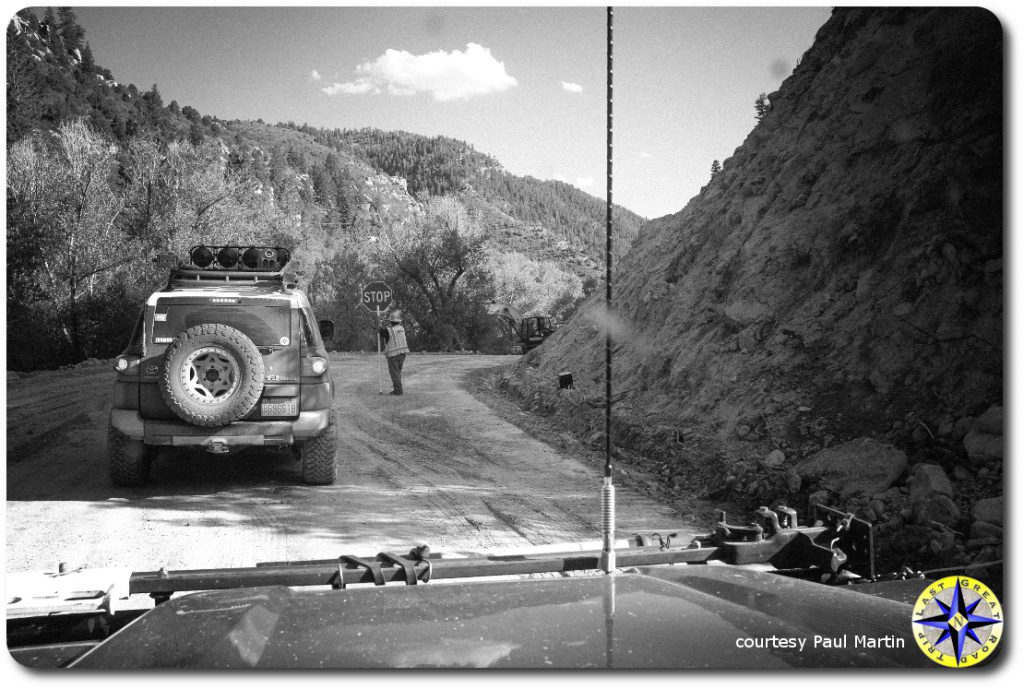 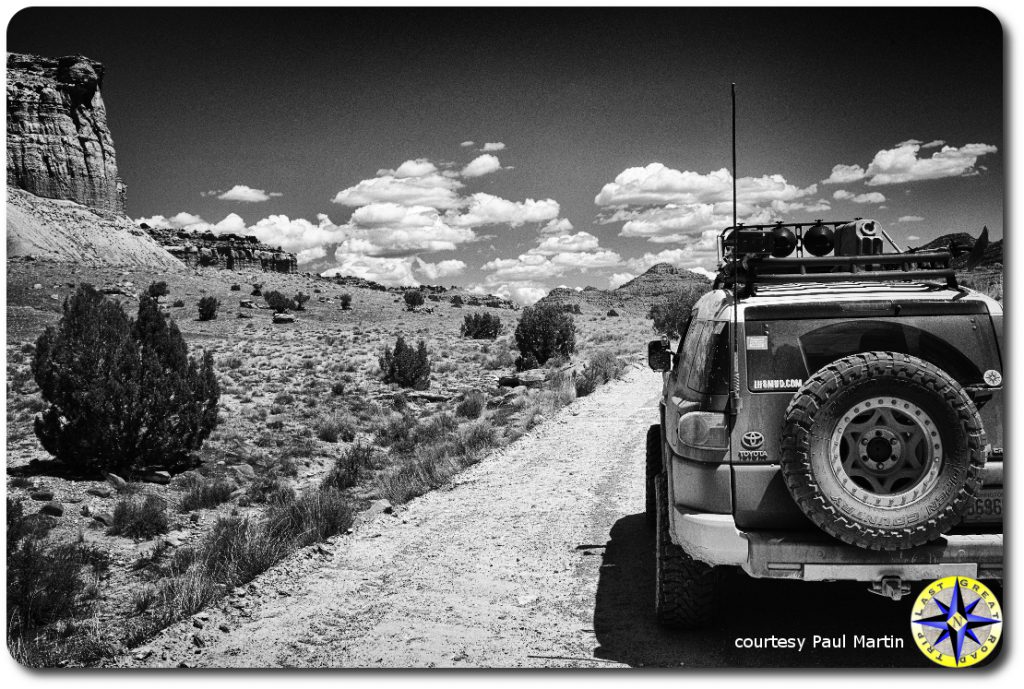 The Blue Bunny posing outside of Green River. 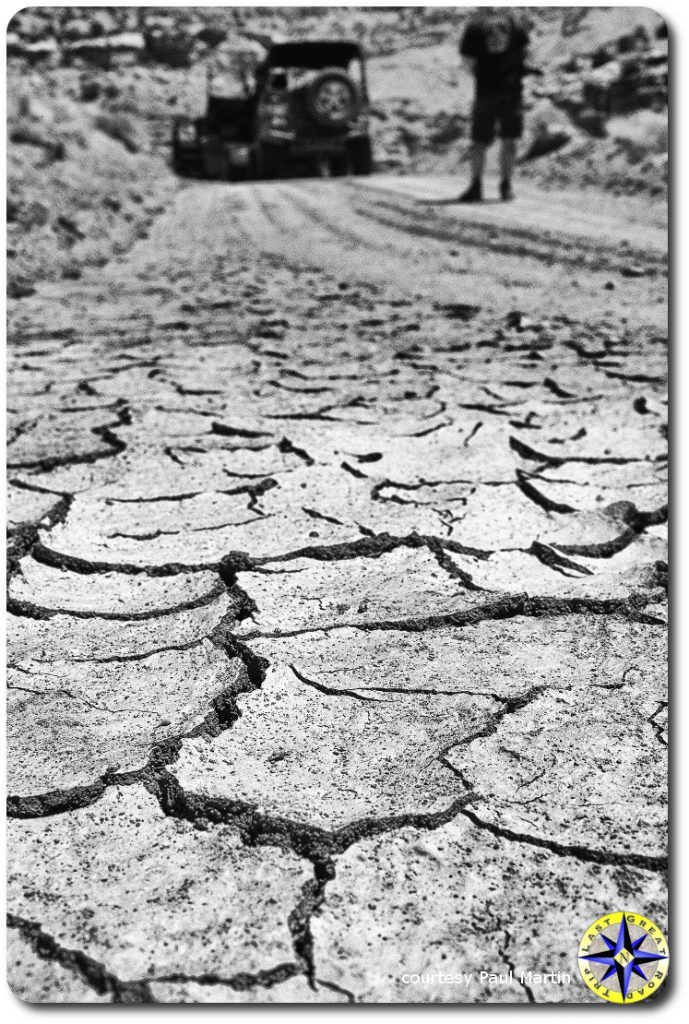 Ice cold in the north, burning hot in the south end. 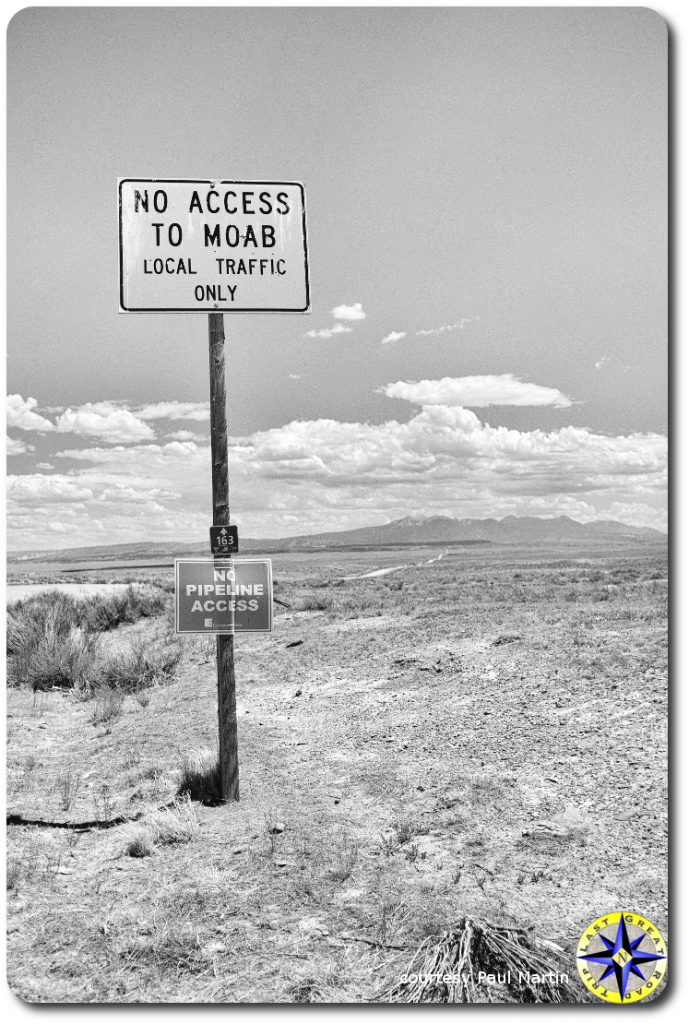 Damned lies. There is access to Moab this way, if you know the way. 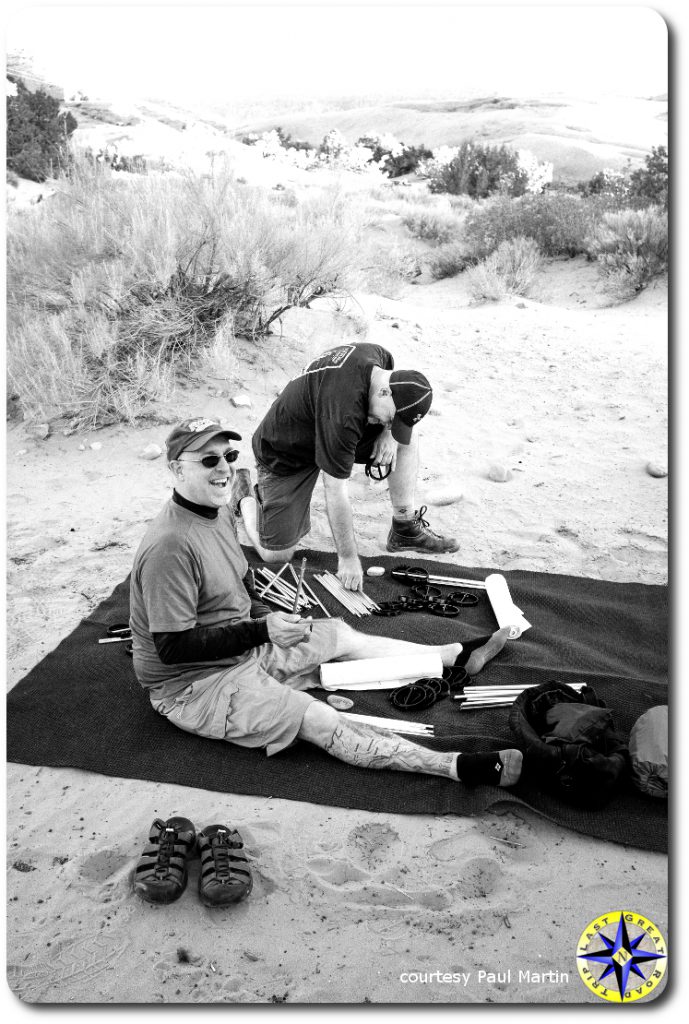 Paul and Brad setting up camp in the Sand Flats Recreation Area, just outside of Moab. 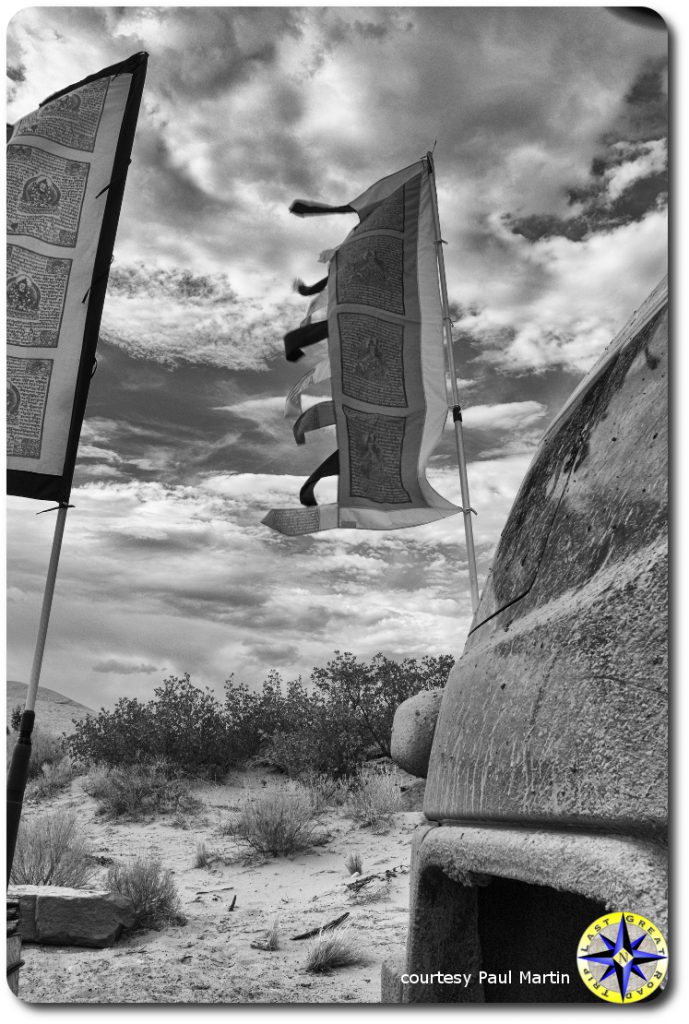 Prayer flags flying over the rigs in Sand Flats. 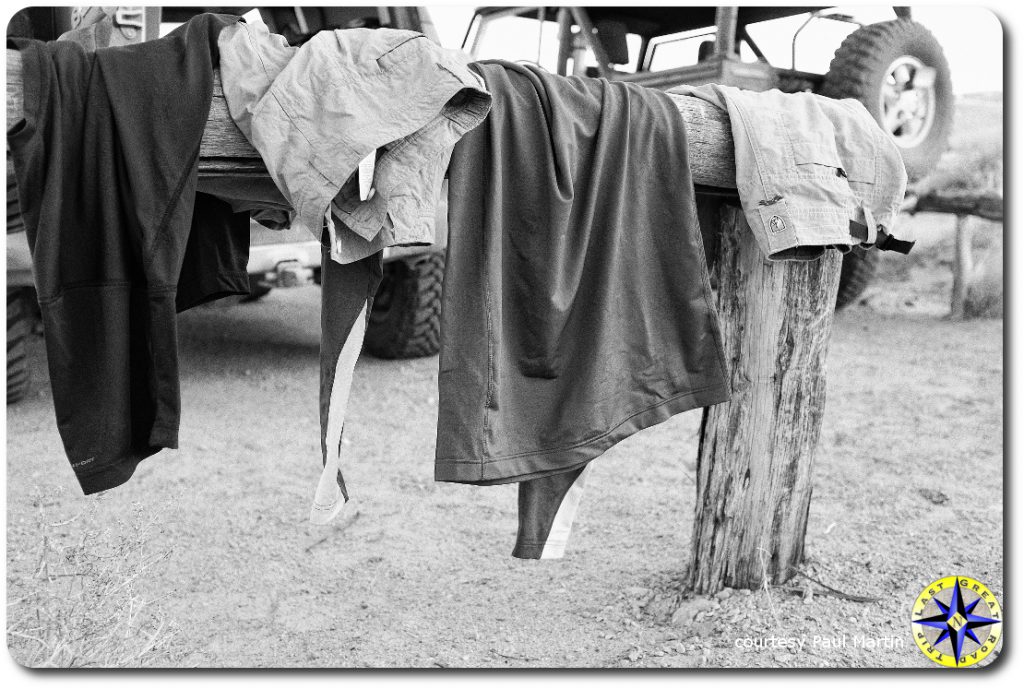 Hung out to dry. Camp laundry in Sand Flats. 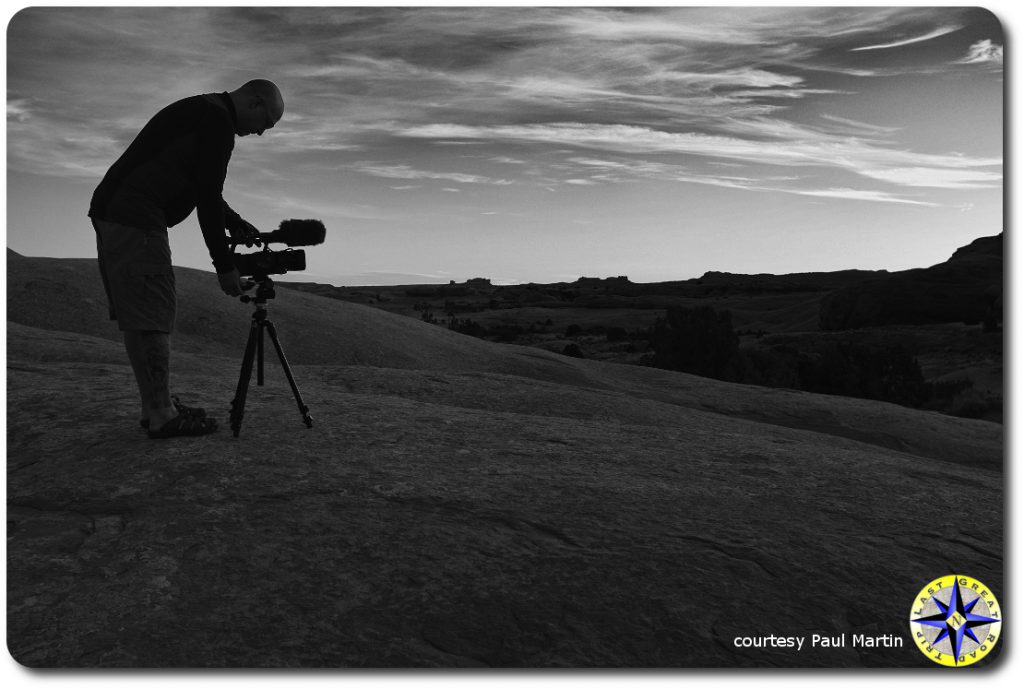 Paul setting up for an early morning video shoot in Sand Flats. 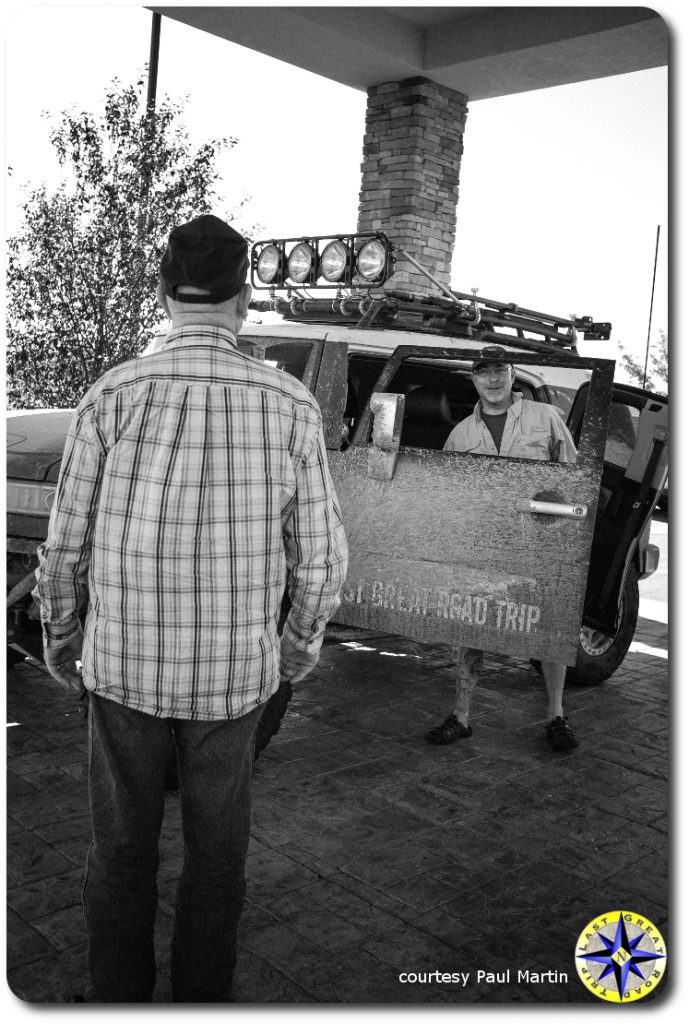 Paul making a new friend outside a hotel in Idaho. 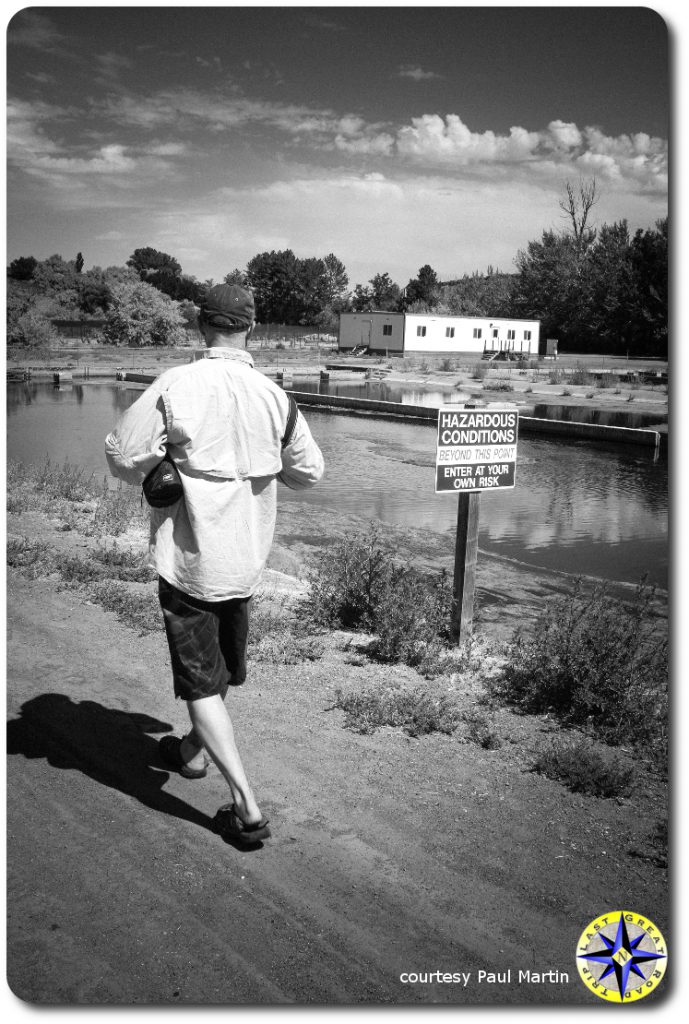 Hazardous conditions have never stopped Paul before. Stopping for a swim on the way home.