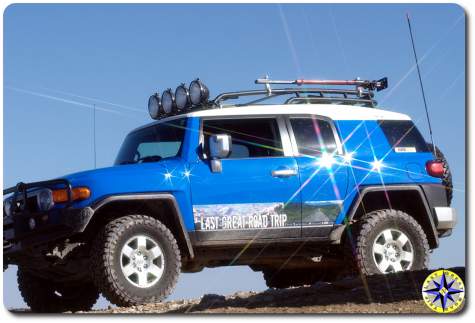 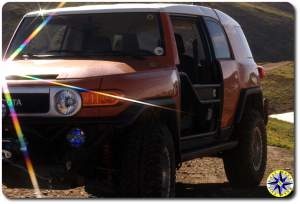 This was a long day on the trail with our off-road adventure exploring Alpine Loop. We started at 6:30 am and ended at 4:45 pm. We saw blue sky, rain, hail and snow… Had the time of our lives.

Those of you who have met Mark and LT from Metal Tech understand that they know cruisers and wheeling… But did you know what great guys they are? Our run today was lead by Tom who has spent years in these hills. Mark and LT were the tail gunners. The trails took us through unbelievable scenery and we drove up into the nose bleed seats on engineer pass and cinnamon around 13,000 feet above sea level. We were in the middle of no where when we found the ultimate mountain retreat. This was a 3 hour drive on rough trail… but I’m pretty sure I saw a helicopter pad next to the solar panels. 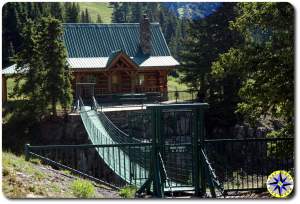 But what made the day great was seeing Boy crack up at the stories Mark told around the lunch table. Mark definitely has a way of putting people at ease and making them feel like an old friend no matter their age. What Boy is most proud of is the ribbing he took for his lunch; a quart of Blue Bunny ice cream and a Mountain Dew… hey before you start, get off my back its a road trip, he’s allowed. He started off strong enough, digging into the ice cream with the wild abandon only a teenager could have, but as the sugar buzz kicked in and fizz of the Mountain 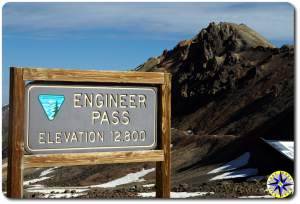 Dew settled, that quart of ice cream got the better of Boy and he had to call it quits before reaching the bottom.

It was at that point, Mark looked at me, looked at Boy, looked at my voodoo rig and looked back at me, then announced: “Everybody, Paul’s new CB handle is Blue Bunny”. Boy earned my rig a name and he was pretty proud of himself for that. Every time someone called out for Blue Bunny over the CB, Boy cracked a 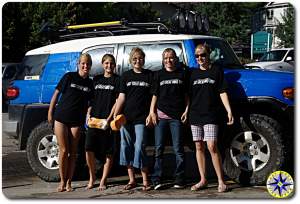 smile. There was a little chatter of adding a blue Nestle Quick bunny to my tattoo but I told everyone the Boy would be getting that one someday and telling the story of running the FJ Summit with his dad.

But Karma has her way and when Mark climbed up a little snow field to make a snow angle, the look on his face  was priceless when he came sliding down 20 feet into the road. To show there were no hard feelings… Boy and I ran up the snow field and slide down, grinding snow and ice into place snow and ice was never meant to be, and laughing all the way. 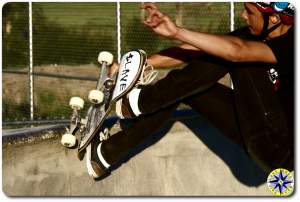 My wife has been telling me to get rid of the box of tee shirts in our closet for 9 months now… Not that the rig was that dirty, but we could not pass up the chance to support a good cause. The Ouray High School Girls Volley Ball team came over to the FJ Summit to raise money with a truck wash. A quick chat with their coach and before you know it there were several team members in Last Great Road Trip tees washing our rig. When the All Pro rep, who sponsored and arranged for the truck 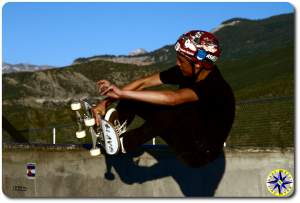 wash, saw all the activity, he followed up by giving the girls All Pro shirt and had his own photo opp. The girls walked away with funds for their team and some nice vendor swag. They loved it. Boy did not mind it either.

The weather finally came around for Boy and we raced to the skate park. He still has not acclimated to the heat and altitude so there were a lot of breaks while he tried to catch his breath and hydrate. Despite the shortness of breath 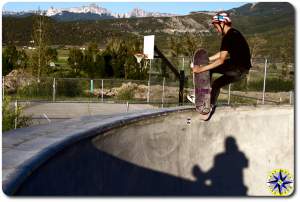 he had a great skate session and performed some amazing feats on a little piece of wood with wheels in a 10 foot deep bowl.

I don’t actually think the laws of gravity apply to Boy.

After Boy’s lunch of Blue Bunny, I thought we needed a nutritional dinner ( parenting in action) so we stopped at the mini-mart, grabbed a couple of polish dogs, chips and yes… ice cream (I didn’t say it was good parenting) before heading back to the room. 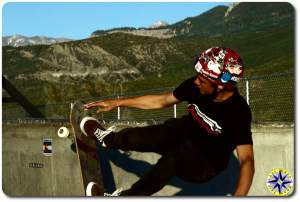 I don’t know if it was the double sugar buzz, staying up late and getting up early for the last five days, the great skate sessions or the altitude, but Boy is out like a rock. I swear when I look over at him asleep he is still smiling and mumbling blue bunny. 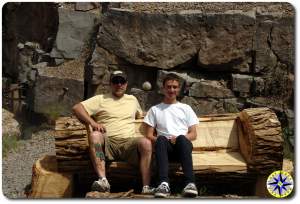 I’m facing down 1:30 a.m. still trying to post up today’s story and pictures.  The TV blaring in the background and Boy snoring creates a level of white noise that allows me to consider the day’s events and I realize as long as fathers and sons can have off road adventures together, there will always be another Last Great Road Trip.