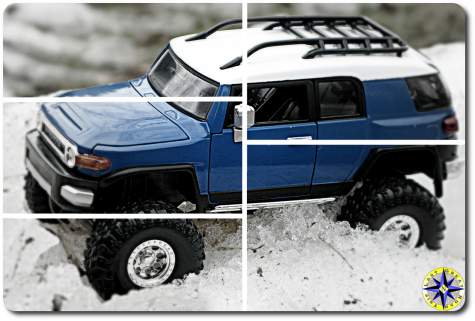 Every year car and truck enthusiast wait for the appearance of their favorite ride. My time at General Motors gave me insight into just how fanatical this anticipation can be. Like a kid on Christmas Eve, folks fidget, analysts yammer, and everyone tries to peek under the tree to gain just a glimpse into the future.

It is also difficult for manufactures to keep secrets. That doesn’t even count the company approved “leaks” of information designed to generate a buzz

There are a number of additional upgrade items and you can build your own FJ with all the goodies at Toyota’s FJ Cruiser site.

The base MSRP for the FJ Cruiser will range from $23,320 for the 4×2 V6 with a five-speed automatic transmission to $24,910 for the 4×4 V6 automatic. Toyota says you will also find a TRD and Trail Team version equipped for the challenge. Even in this tight market with high fuel costs, the price of the 2009 FJ Cruiser has increased by $275, or 1.1 percent. I guess that increase covers the cost of the vanity mirror.